In 1980 First Baptist Church purchased property across the street from the church campus to enlarge its Sunday School and other ministries. The property had been home to the Mt. Carmel School and Convent for about a century. After the church acquired the school property, the desire for a Christian school grew among the church members. First Baptist Christian School opened its doors in 1986 with Kindergarten through Grade 3 and added a grade each year until the addition of 8th grade.  The school remained a school with Pre-K3 through Grade 8 until 2015.

In the fall of 2014, Dr. Steve Horn, pastor of First Baptist Church at the time, led the church in a challenge to “do something we have never done before—individually and as a church.”  Over a period of approximately 5 months, the decision was made by the church to expand First Baptist Christian School to include high school; and thus, the doors were opened to ninth graders in August 2015. Again, a grade was added each year and in 2019 FBCS celebrated it's first graduating class. 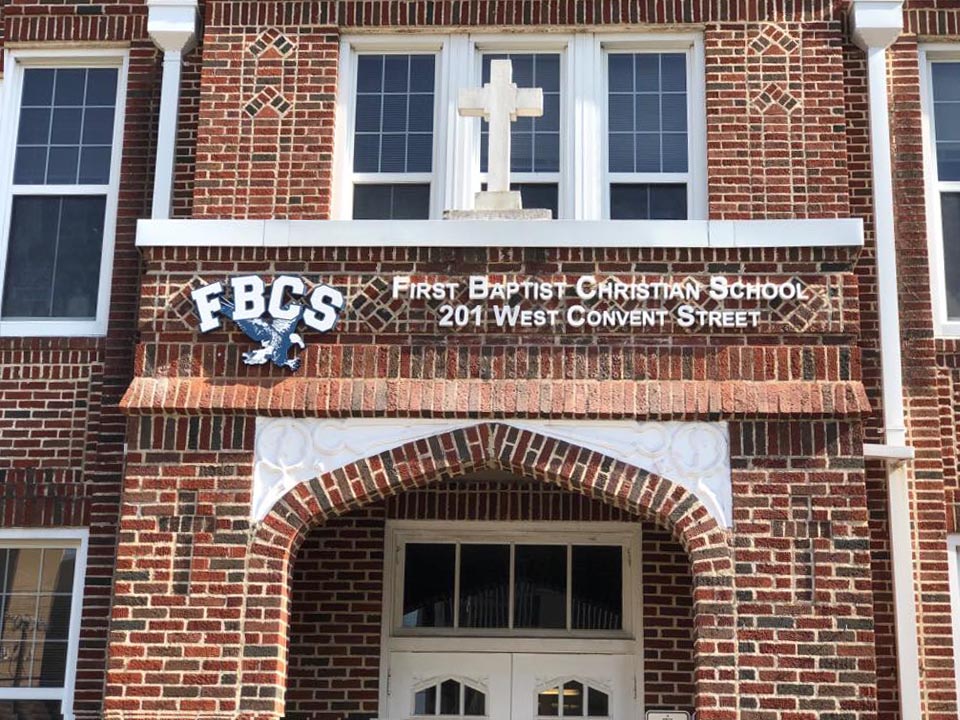